skip to main | skip to sidebar

En las fotografías de Anna Gaskell y Sarah Jones los cuerpos están habitados por una sombra de misterio, algo desconocido que está en sus miradas, su posturas, sus reposos, sus intentos. Escribe Joan Jonas y Jens Hoffmann,
"Although Anna Gaskell's works is mainly based on photography, it would not be accurate to call her a photographer - not only because her work includes film and drawing as well, but because her use of photography is of rather a conceptual nature. The starting-points for most of her works are texts - fairy tales and stories such as "Frankenstein", "Alice in Worderland" and Henry Jame's "The Turn of the Screw". Gaskell does not illustrate the stories but extracts the essence of them to create new stories only vaguely related to the original narrative. What is characteristic of many of Gaskell's pieces is the uneasiness we experience when looking at them. They are stunningly beautiful but repeatedly confront us with moments of fear, assault or death." 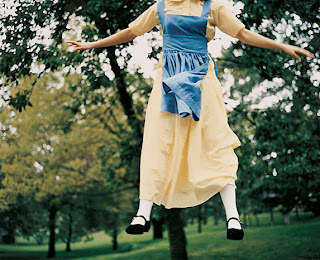 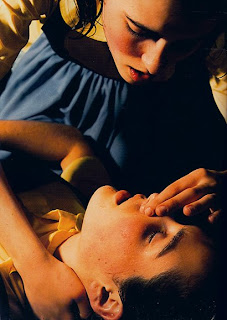 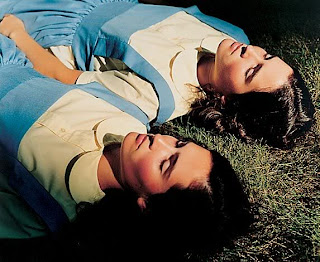 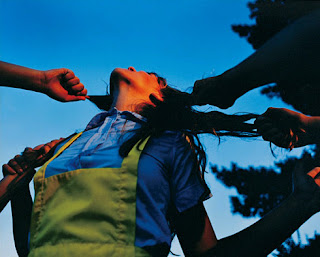 Ahora, escriben lo suyo sobre Sarah Jones,
"Sarah Jones's precisely staged and highly artificial photographs inmediately seem to show something entirely separate from reality, even though they employ nothing unnatural. It is the careful way in which Jones works with light, how she arranges the elements in her precisely composed images, and how she chooses her environments, that make these portraits of girls, apparently temporarily trapped in between childhood and maturity, seem so unreal. The saturated colour settings appear like surreal dreams worlds, with spooky gardens or mysterious domestic spaces, home to the melancholic and distressed minds of the artist's young protagonists.  At first glance these uncanny images do not reveal much of a narrative. What makes them so powerful is the network of connections that the artist creates, which only slowly lets us comprehend the underlying principle. The symbolic and visual relationships between each image, between the different domestic and non-domestic elements in the photographs and, above all, the peculiarity of the girls, create an elaborate web of references oscillating between reality and fiction." 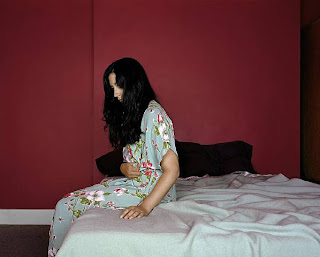 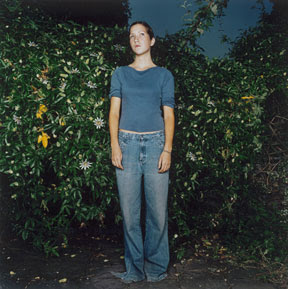 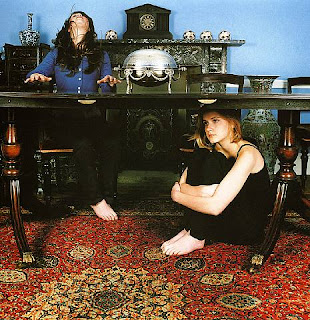 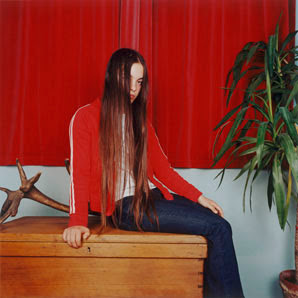